A naturalist observes the annual phenomena of the high lakes. 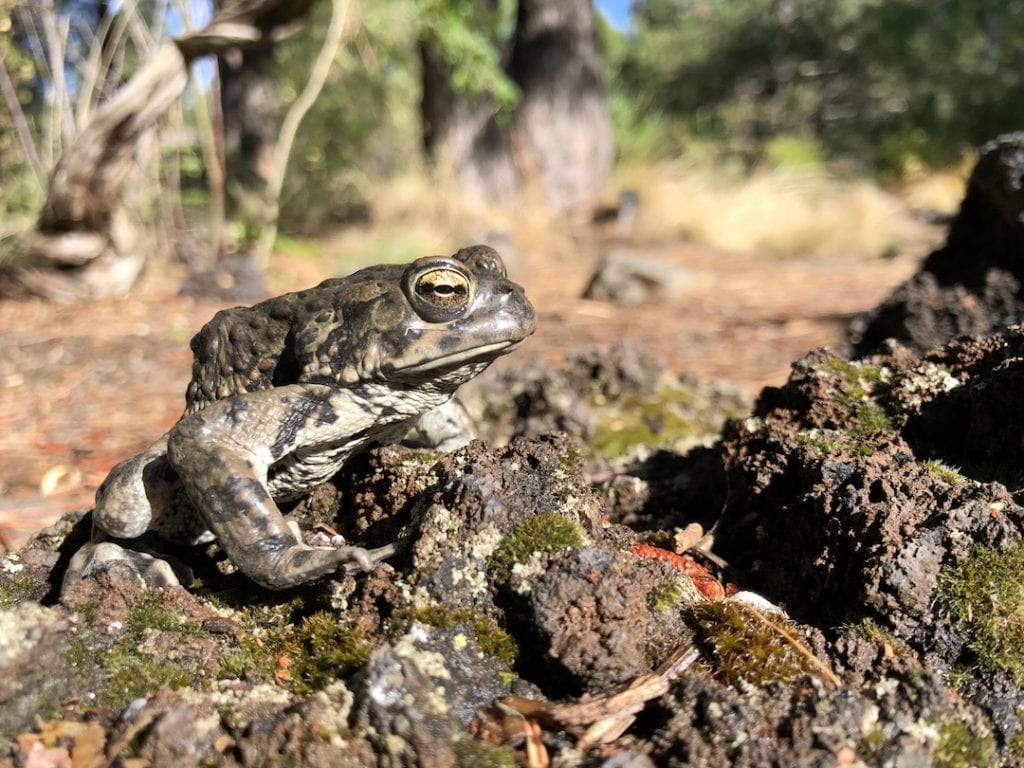 For the humans that inhabit Central Oregon, summer brings outdoor adventure, easy times and lasting memories. But for other species that inhabit the mountains and the high desert, summer can mean something more biologically meaningful: the beginning of life. The Western toad is one such species.

Few who have been to the high forest ranges of Central Oregon are free from stories of their encounters with the mass of migrating amphibians as they make their life’s journey from the waterways to the dry forest floors.

From Sunriver to Redmond and from Bend to La Pine, the Western toad (Anaxyrus boreas) inhabits lakes, rivers and ponds large and small. One iconic gathering of soon-to-be breeding adult toads happens in one of our region’s most popular hiking and outdoor recreation areas, Todd Lake.

Each year between May and June, varying upon the snow pack, or lack-thereof, adult Western toads of a typical minimum breeding age of nearly 3- to 5-years-old migrate from the waterless arboreal floors to the wet and wonderful waterways of the alpine lakes. There they coalesce in the dozens and begin the ritual of pairing up—i.e. toad dating.

After pairing up and mating, a female Western toad can lay an excess of 15,000 eggs, neatly strewn in a strand of “pearl necklace” like egg sacks, weaving and securing them to underwater vegetation near the water’s edge. At least ten female toads can lay eggs in the open waters of Todd Lake. By mid-May, these eggs develop into tadpoles in numbers that can exceed the hundreds of thousands.

The water will stir with movement of dark bodied amphibian larvae, which increase in size over the weeks to come. Complete metamorphosis can take up to three months, as these fish-like creatures transform to match the appearance of their adult parents. By late July to early August, the toads are ready to make the arduous journey from cool waters to the considerably warmer alpine slopes of the Deschutes National Forest.

This is when things get really exciting. Like colonies of ants on the hunt, the shorelines of Todd Lake begin to shuffle and shift with movements of the baby toads. They tend to take advantage of the cooler weather, moving in the early morning and late evening. The occasional summer thunderstorm bringing heavy rain can be especially significant in the assistance of comfort of travel for the still moisture-acclimating amphibians. They move through grasses and other debris, hoping to escape the jaws of hungry predators like the common garter snake or the stamping feet of nearby hikers.

These animals are significant because of their phenomenal march, but they are slowly disappearing from their native regions. The Oregon Conservation Strategy lists the Western toad as a sensitive species in Oregon, due primarily to the general loss of breeding habitat, road fatalities and human traffic in their migration routes. In other words, we are squeezing them out when we are not literally squishing them.

How can we help? Seeing how a boycott of these popular hiking destinations during the height of outdoor adventure and tourism is unlikely, we’ll have to settle for old-fashioned mindfulness. In fact, do visit these sites, but pay attention to our feet and tires. Witness the natural wonders of these incredible animals, and learn to appreciate the wilderness of Central Oregon, holistically. Just be careful, respect their space and don’t take them home as pets. They do much better in their own world and free from our disturbance.

Kody Osborne has been a professional naturalist and community resource for the Greater Central region for more than seven years. To hear more from your friendly neighborhood naturalist, log on to his website, or follow him on Facebook and Instagram. Have any story ideas or have a burning wildlife question? He’d love to hear from you!